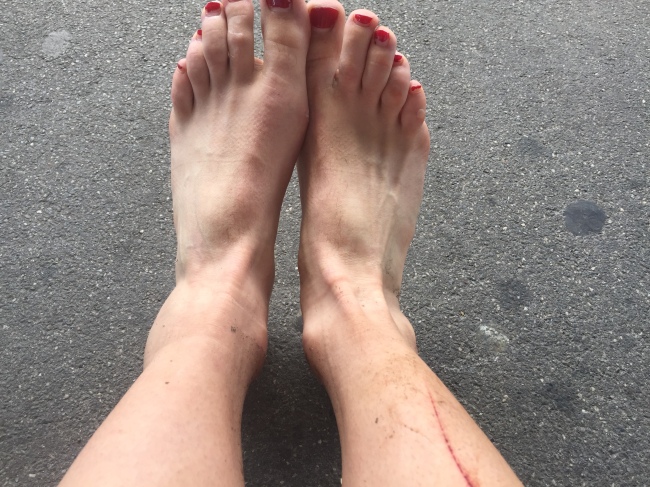 If you look at the photo above, maybe you will not notice anything amiss. Maybe the thing that jumps out is the cut on my right leg. But actually, if you look at my ankles, you’ll see the left one is bulging out like crazy.

I later found out, this is what it looks like when you slip on some mud, fall, and tear two ligaments in your ankle trail running, and then you cinch your shoes up real tight and say “I can do this, I’m probably overreacting”, run 10 more kilometers, begin to be in really excruciating pain, attempt to hitchhike without success, and then walk five more kilometers over uneven ground down to the nearest train station. When you take your shoe off, finally, your ankle does not look good.

When you finally get the MRI’s and the doctor explains just how much you tore, it will all make sense.

So, kids, be careful and take care of yourselves. I am not going to be doing much for quite some time while the ankle heals (this is my first major injury ever and I don’t really know what to do with myself).

The run I was out on when it happened was spectacular, but I don’t have the emotional energy to describe it very well given what happened afterwards. I will just say that I started in the Brand valley in Austria, which is quite easily reachable in Zurich and amazingly beautiful. As I passed the well-maintained traditional-style hotels on the bus, I thought, maybe I should come here for a weekend vacation. Anyway, from there I ran up to the top of Schesaplana, the highest mountain in the Rätikon Alps, and down the other side back into Switzerland. It was a truly amazing route. I hope the pictures do it more justice than my brief explanation can. 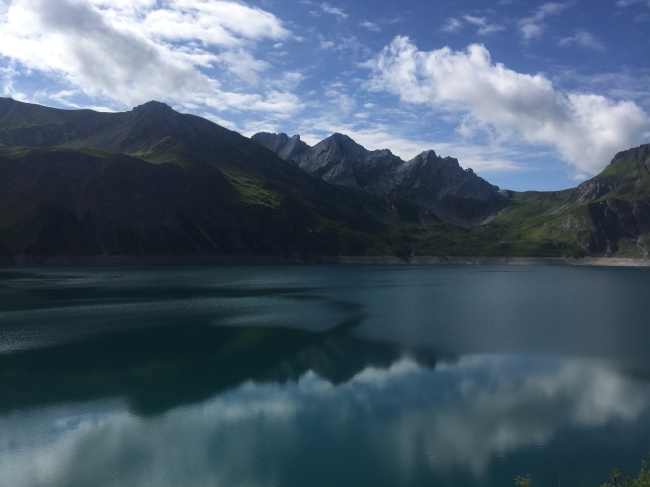 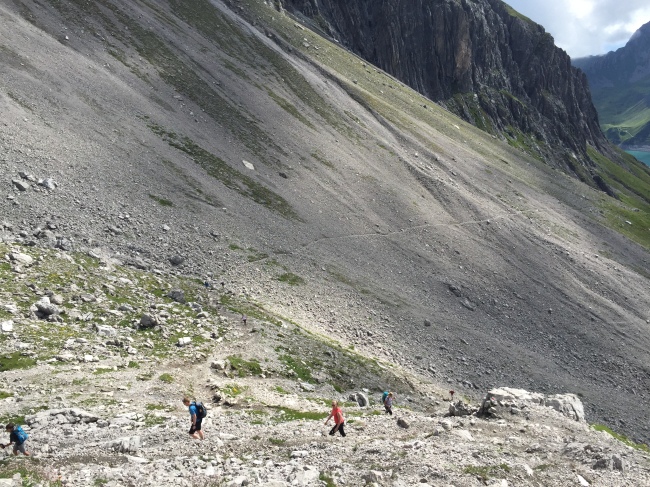 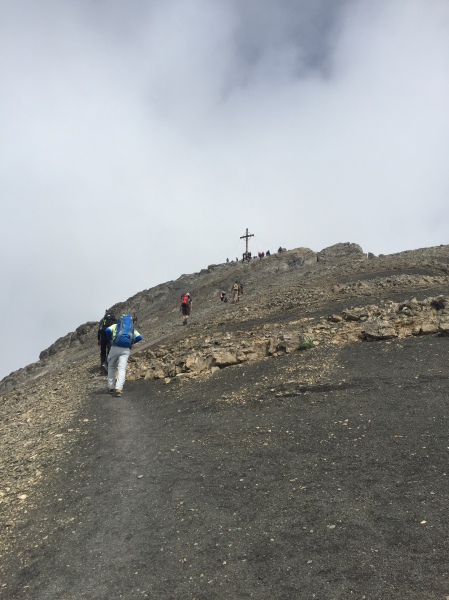 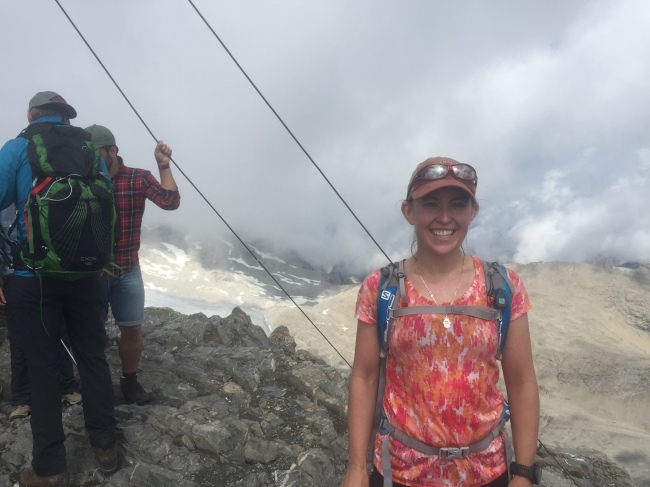 One of the promises I made to myself recently was to spend more time outside, more time on skis, more time exercising because it makes me feel good. I had sort of forgotten that for a while, or rationalized that I was “so busy” with starting my PhD that it was okay if I didn’t exercise for days on end…. then I wondered why I felt shitty.

On Saturday I gamely headed to the train station an hour before sunrise and hopped on a train for Graubunden. It was raining in Zurich. I got to Chur and switched to a bus. As we climbed up to Churwalden the rain turned to snow; I eventually got off in Valbella and headed into the Lenzerheide touring center. I’ve learned that in Switzerland, trails might not open until 9 a.m. on Saturdays. I guess the Swiss, with all their leisure and their money and their time, don’t start skiing at the crack of dawn like so many of the endurance junkies I know in the States. The kiosk was not open when I arrived at 8:30 so I didn’t buy a ticket: I just hit the trails.

It had been snowing all night and was still snowing, so they weren’t exactly groomed. But it was really exciting to be back on skis for the first time since Christmas, and I had a great time tooling around for 2+ hours. It was slow going – I covered far fewer kilometers than the time would imply – but also totally beautiful. Unfortunately the connector trail from Valbella to the World Cup Cross Country trails and biathlon arena was closed, which was a bummer because I wanted to check out their biathlon stadium and see the course where Simi Hamilton won his first World Cup last season. Oh well, I’ll have to make another trip back.

As I was on the train home – hurrying to get back so I could meet my friend Lore at the train station as she arrived from Paris – I got a text from my friend Brook. He was taking a van full of high school skiers to Davos the next day. Did I want to come?

I thought for five minutes. I had planned to do work all day Sunday, and there was definitely a lot of work that needed to be done. But… a free ride to Davos… to ski… with a new friend…. yes, I was definitely going. 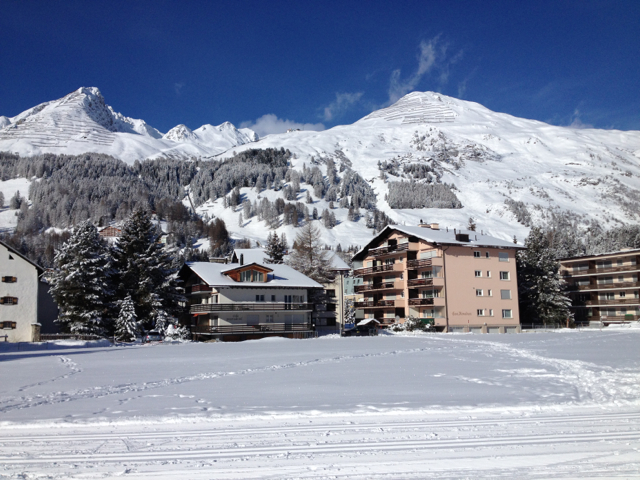 Day two had all of the lovely snow, but it was no longer actually snowing and instead it was beautiful and sunny. I was tired from my snowstorm slog the day before, but I had a blast with the Zurich International School crew and it was the best snow conditions I’ve seen yet in Davos (I always seem to go there when there’s no snow).

By the end of our three hours skiing, I was completely exhausted. But when I collapsed into bed that night I did, indeed, feel very happy and satisfied. No matter what (and no matter if I’m out of shape and tired), skiing feels easy to me. My legs move in the right way, my core crunches. If I was running and I was the same amount tired, it would feel worse. Skiing I can rely on; skiing I can do. It’s nice to feel competent at something, especially as I start a new PhD where I often feel like I’m in completely over my head. 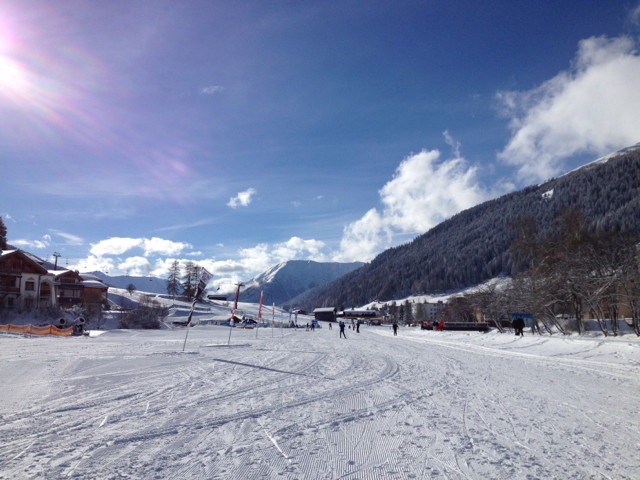 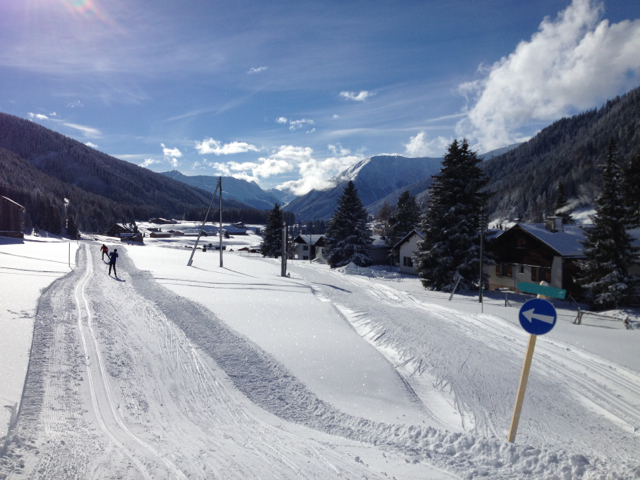