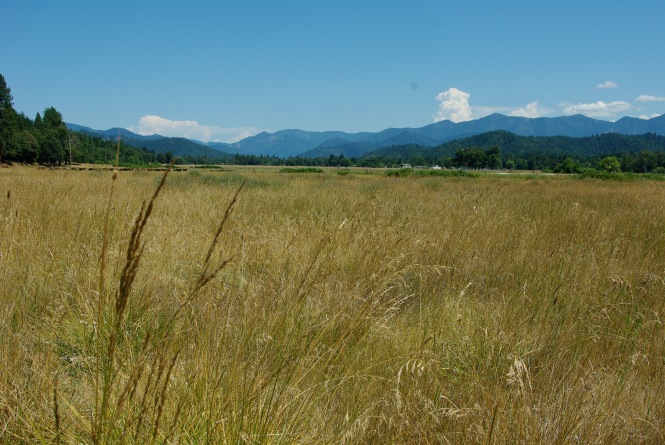 Today was my first solo work trip. It was fun in a lot of ways, lonely in a few ways, and mainly a milestone: my bosses now trust me enough to send me off with a field vehicle and a list of stiff to do, and they think I can actually do it without supervision! Are they making a mistake? I don’t think so, but you never find out until later…

At 6:45 I hopped in the Prius and started the trek down to Selma, Oregon, where we have a site at the Siskiyou Field Institute. It’s about three hours from Eugene, and the first two were very gloomy. I began to regret not bringing warm clothes until, as usual, I reached the town of Sunny Valley, where it never fails to all of a sudden be sunny. It’s kind of creepy, really. You’d think the spot where the weather would changes would switch at least a little bit from day to day… maybe the happy citizens of Sunny Valley have made a deal with the weatherman up in the sky. Having such a perfect name must make for good tourism.

By the time I was halfway done with my fieldwork, the temperature had climbed to 91 degrees. There’s no shade in the sites, and half of the plots are heated by 3 degrees Celsius, so they were closer to 96 or 97 degrees. Thank goodness it’s not humid, but basically, I was dying. I was working slower and slower, getting dizzy when I stood up from looking at plants, sweating profusely, the whole deal. I chugged water but when you’re out in the blazing sun in 90+ degree weather, you can only be more comfortable or less comfortable – there’s no just plain comfortable.

The heat was taking a toll on our plants, too. I was looking for two annual species in each of the plots: Navarettia pubescens and Clarkia purpurea. The last time I was down here, they were hard to find. This time around, I found many we had missed – the other plants were dying back, making anything still remotely green stick out like a sore thumb.

The pink flowers of the Clarkia were definitely not the norm: look at all the dead thatch around this plant! 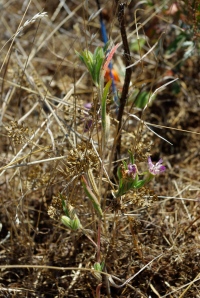 The Navarretia didn’t stick out quite as much, but luckily their really unusual shape makes a good search image. There isn’t much else you will get confused with this plant. 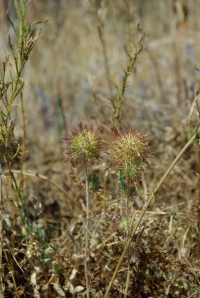 I eventually finished work (well, kind of – the heat was out in one of the plots and I couldn’t figure out why, so there was nothing I could do to fix it, which felt very unsatisfying) and climbed back into the car with the air conditioning on. The site is about 15 miles down the road from the Illinois River Trail, a 27-mile backcountry trail which supposedly is incredibly beautiful. I had been planning on doing a long run, maybe 15 miles total, out and back from the trailhead after work since I didn’t have any coworkers who wanted to go home, but after a day in the heat, I just couldn’t do it. It would have been a bad idea. (and driving, of course, wasn’t….)

So I guess I’ll save the trail for later. It was a little disappointing, but I had a nice quiet day of work, and 11.5 hours which means I don’t have to work a full day tomorrow! Weekend here I come. 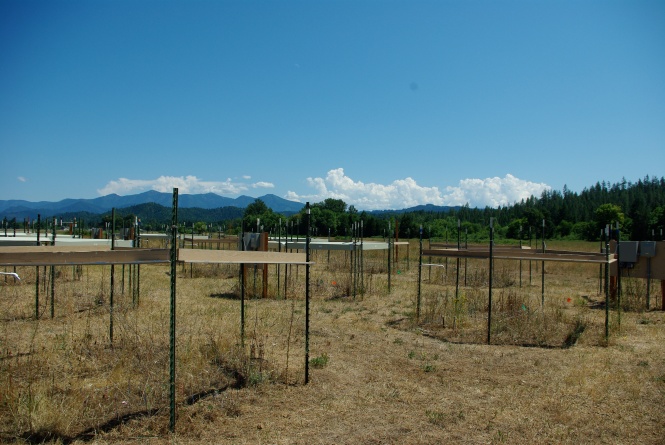 One thought on “Solo in the Siskiyous.”